This is Carl's Brain
May
07
Game of Thrones: The Last of the Starks
Posted by Carl Alves 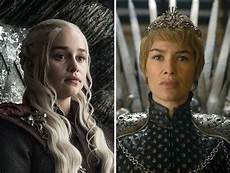 Now that the Whitewalkers have been vanquished, a celebration ensued at Winterfell.  This was a raucous affair rarely seen in Game of Thrones, which tends to center on brooding and dire tidings.  At this celebration, Arya was mysteriously absent, Gendry was rewarded for his efforts although later spurned in his offer of marriage, Daenerys seemed none too happy to watch the celebration, Jaimie and Brienne hooked up, and Tormund sadly had to settle for someone other than his one true love.  That leads to the final war, which had its first skirmish, one in which Dany’s forces did not fare so well.

After a reprisal of a game of true statements involving heavy drinking, Jamie and Brienne fulfill what has been brewing for a while.  Unfortunately, Tormund, my favorite character on the show, was cast aside in this love triangle.  Although Jamie initially elects to stay in Winterfell, he changes his mind when he learns of the results of that initial skirmish between his sister and Daenerys.  It’s a bit confusing why he decides in the middle of the night to leave Brienne and ride off to King’s Landing, since this should have come as no surprise to him.  He knew the war was coming, so why he left in such a hurry under these circumstances makes little sense.  I do believe that Jamie is intent on killing Cersei, not saving her.

The take home from this episode as far as Jon is concerned is that he doesn’t understand the concept of secrecy.  Once he told his sister about his true parentage and lineage, it was all over.  By the end of the episode, eight people knew, and as Varys astutely pointed out, before long hundreds would know.  Of Jon’s many virtues, which include honor, valor, and mad fighting skills, political maneuvering is not one of them.  If he truly wanted to have his forces remain loyal to Daenerys, he should have heeded her advice.  I would have thought for certain that he would not be cool with hooking up with his aunt, but apparently he was not terribly bothered by this.

Tyrion is hellbent on maintaining his loyalty to Daenerys, even though he sees the flaws in her leadership style, and the troubling nature of how she has become power hungry.  Varys is less so.  Varys has always been consistent throughout the show that he is all about the common folk.  He is not loyal to any king or queen, but to the people of the Seven Kingdoms.  And when Daenerys is willing to burn down King’s Landing and kill thousands of innocent people in the process, he is more than ready to jump ship onto the Jon Snow train instead, even if Jon is not interested in becoming king.

Cersei is up to her usual evil ways.  And when Tyrion pleads with her that she is not a monster, I couldn’t help but chuckle.  Of course she’s a monster.  She has always been a monster, as shown when she instructed the Mountain to chop down Missandei.  That sets in motion the inevitable war to come.  With her sidekick killed after already losing so many Dothraki and Unsullied, Dany is ready for war, not to mention Grey Worm is seriously pissed.

The one thing I am most looking forward to is the battle between the Clegane brothers.  This has been brewing since season one, and should be awesome.  It will either be Jaimie or Arya Stark who kills Cersei.  I’m leaning toward Jamie.  And I believe Jon Snow will be sitting on the Iron Throne at the end of the show.

Warning: DOMDocument::load() [domdocument.load]: http:// wrapper is disabled in the server configuration by allow_url_fopen=0 in /home/carlalve/public_html/wp-content/themes/carlalves/sidebar-blog.php on line 38

Warning: DOMDocument::load(http://twitter.com/statuses/user_timeline/authorcarlalves.rss) [domdocument.load]: failed to open stream: no suitable wrapper could be found in /home/carlalve/public_html/wp-content/themes/carlalves/sidebar-blog.php on line 38